How to Develop a Hiring Strategy 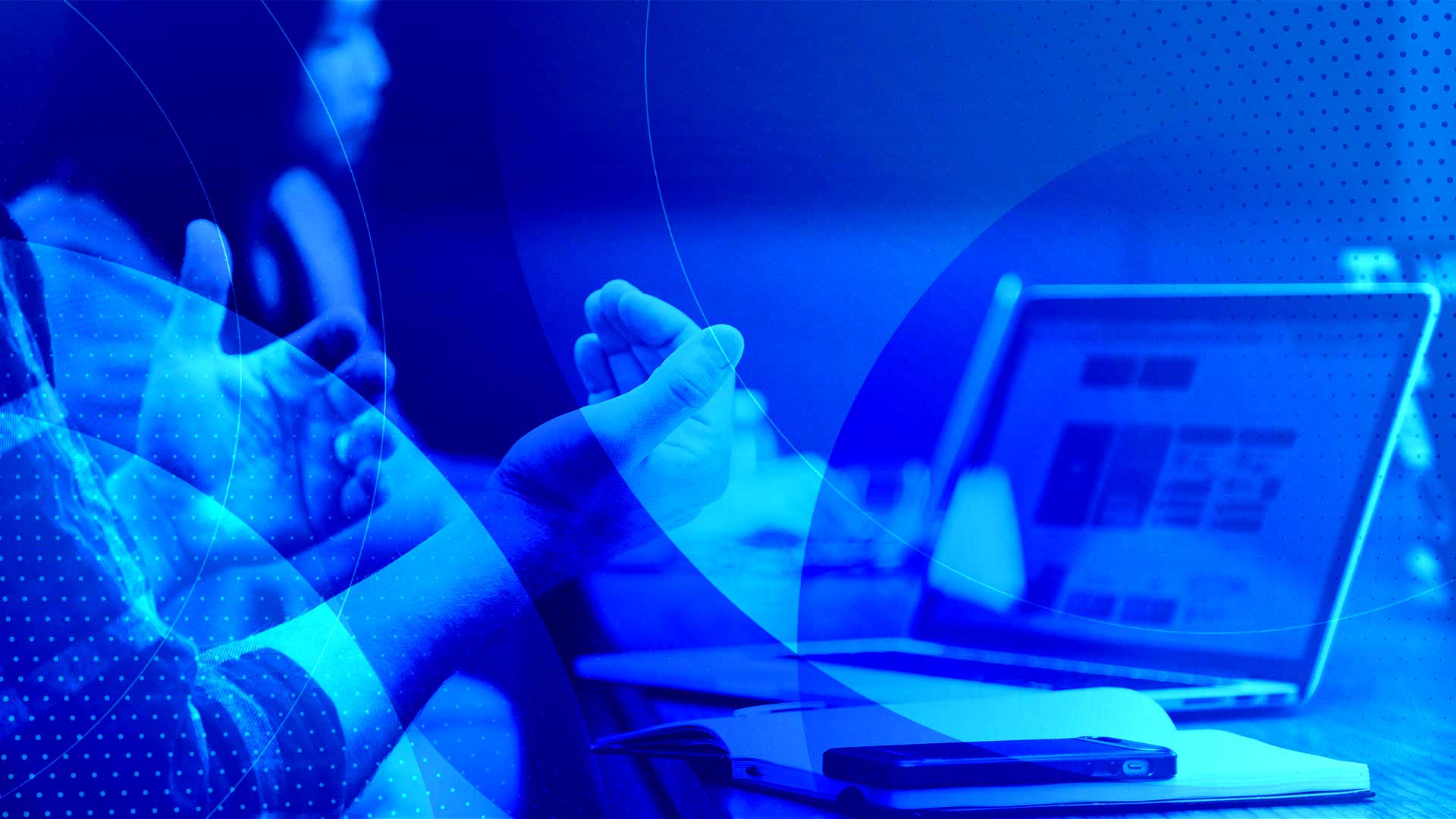 On Episode 77 of The Talent & Growth Podcast we spoke to Jonathan Durnford-Smith, who is the Portfolio Partner at Octopus Ventures, about how to implement hiring processes in your business, particularly those which are at an early stage. He gave us some really great insights for any company who is looking to put together a strategy around their hiring, what it should look like in terms of processes.

If that’s something that interests you, read on for some of the key points from our conversation. We hope you enjoy it!

We’re talking about setting up hiring process processes today. At what point should this be a focus for a business?

That’s a great question, I think you should start thinking about it from day one – that being when you’re making that first hire. I would never advise people to start to put together a really rigorous or overly structured process at that point, but you should definitely start thinking about it. The core elements for a very early stage business are to take time at the very beginning to define the roles. A lot of people have jumped to the conclusion that they need this type of person, or a VP of engineering, or a VP of sales, and that’s largely influenced by somebody who has told them that they need that, or they think they might need that because they’ve read a job spec. Actually, what you should really do is actually think about, what are the goals of the business? What do we need to achieve? What are the skill sets that we need to be able to achieve in the next year where we’re only going to have 20 people? How do we think about where they fit? And then ultimately, what does success look like? Ask yourself, ‘if any person is in this role, what will they have accomplished at the six month mark? What will they have accomplished at the 12 month mark? How is that contributing to the broader organisation?’ That’s the best way of defining the role and I think that’s really important for the early stage.

I also think the decision making element is really important as well, a lot of bias can creep in at the early stage. There’s the old adage where you just hire people who are very similar to yourself, or you hire friends or people that you’ve worked with previously. I get why people do that, because they’re known entities and people that you know will work well with you. It’s okay to hire some of those people, don’t get me wrong, but then I also think there is a real need for difference in perspective, and bringing in some fresh perspective. I think the other thing in decision making is to remove bias from that process wherever possible, when you’re actually getting to the point of deciding between one candidate or another. Don’t necessarily compare candidates, but compare them against the role. It’s a really hard thing to do, right? But a lot of people make the mistake of saying, ‘Well, we’ve got these two candidates, let’s compare them with pros and cons’. But actually, you shouldn’t really be doing that, you should be comparing them to the role that you’ve defined clearly at the very start and seeing which one of them matches the role, not which one of them is better than the others. I think that’s a really crucial point as well.

Later on, as you start going beyond 20 employees to 50 or 100 people, that’s when you need a bit more scalability. You now need to build a structure around things because we’re hiring 20-30 people a year and we need that consistency. That will come with time. I think once you’ve made those first few hires, that’s when you need to slow things down. And startups are afraid to slow things down, obviously, but having the courage to slow things down even for a few months to take stock and think about the point where they need to be is so important. Make sure that before you start any of that you know how you’re going to approach those situations, and you know what that process is going to look like.

What is the blueprint for putting together hiring processes?

Something that I’ve seen over the course of my career is velocity. Velocity in the sense of not hiring as quickly as possible, necessarily, but setting out a time to hire and knowing realistically what that looks like. I think fairness and consistency are really important, in the sense of are candidates doing the same type of interview? Are decisions being made in the same way? Are we avoiding any unfairness creeping into the process?

I think candidate experience is like one of the very core pillars that everyone should think about. There are very quick and easy things that you can implement that can improve that.  A lot of people think, ‘I’ve got to have an amazing Glassdoor rating, I’ve got to have like an EVP consultant come in and do all of this kind of stuff’. I don’t actually think you do. The other pillar is diversity and equity. Inclusion is a massive thing that everyone is thinking about, quite rightly so at the moment, and thinking about that should be wrapped up in everything I’ve just said. All of those different elements should be created alongside your D&I view, so asking ‘how are we building D&I within that process?’ as you go. I think the second part is ‘how do we build it within the culture internally’, because what I have seen done is a company whose focus is only on D&I during hiring, but they don’t actually mirror it in the final culture. People are joining and they’re kind of thinking ‘this doesn’t match what I was told in the interview process’. That’s another thing to keep your eye on.

Those are the core pillars; velocity, consistency, candidate experience and D&I. That’s what you should apply throughout when thinking about a hiring process.

In an ideal world, you’d have this perfectly shaped funnel, where it starts wide and it comes down and every single interview process serves a purpose. That’s what you should aspire to. It’s really important to always question the workflow. Every year, if not more often, review your processes, look at whatever metrics you can gather and see what that workflow looks like and try to identify what could be the weak points or the areas that could be improved. In an ideal world, you want that workflow to be very clear in terms of every single stage should have a purpose, and you would want to be able to measure how many candidates have been at that stage, and how many have then gone through to the next stage. I could probably talk for hours on how data can help inform your hiring processes, not enough people do it, but I think that’s a super important thing as well. Ultimately, if you spend enough time in your interview process, even if those numbers are lower but you’re ensuring that they’re quality hires, I do believe that 10 amazing hires are better than 30 okay hires.

Another thing I’d always consider is that link with your people team or your HR team is there mapping what a hire’s success looks like over the first year. It can even start with the amount of people that are passing probation, which sounds like a brutal metric, but I think is one that that gives you a good idea of how well you’re hiring. Beyond that point, you can consider promotions, ratings and performance reviews as well. If you could afford to, I would say to track those as well.

What would be your message or advice to business leaders who are just starting to hire, what do they need to stop and think about and implement?

Take a step back and take a breather. Don’t be afraid to pause your hiring, even if it’s for a week or two. That’s an uncomfortable thing to do for a lot of people, but see what you’ve done, what’s worked and what hasn’t. Start from the very basics, like what are the main roles that we need to hire for this year? Let’s just take three of those roles and think about how we are going to hire those people. Who do we have internally that can help give us a read? If we don’t have those, how do we think about external help coming in to assess those potential candidates for those roles?

Start small. I think a lot of people put a lot of pressure on themselves. Often you don’t need all of your new hires that quickly, and you can actually get them a lot quicker if you just take a step back, take a breather and assess what you can do a little bit differently. I’m a big believer in trying to get a recruiter into the company early on if you can. Allow for that. I think it’s super important in startups because it’s often their CEO or member of leadership who’s leading recruiting until they get somebody on board. They will burn themselves out by trying to juggle that with everything else that’s going on, or they just won’t do it that well, because they’ve got so much on. Get in somebody who can own that, that’s really important to do as early as you physically can.

To hear more of Jonathan’s insights on how to streamline your hiring process, check out The Talent & Growth Podcast here.